Menu
Book Online and SAVE 10%

When we think of fighting infectious diseases, the first things that come to mind are vaccines, antibiotics, antiseptics, and other supplies produced by pharmaceutical companies.

Good hygiene and proper sanitation are vital considerations in spreading and preventing disease. But when it comes to sanitation and hygiene, plumbing is not always widely discussed.

Before the Birth of Modern Plumbing

The history of plumbing dates back to Ancient Egypt. Back in those days, toilets had a container beneath the seat.

The rich used slaves to empty these containers, whereas the poor households unload the container themselves.

The sewage system wasn’t invented yet. Therefore, fecal matter was thrown somewhere or used as fertilizer. Either way, the close contact with human waste and poor sanitation made the lower classes susceptible to diseases.

Eventually, the Egyptians invented plumbing pipes made of baked clay and straw, and later the first copper pipes.

The centuries that followed paved the way for a more decent lavatory design. But plumbing and the sewage septic system still had a long way. In the 19th century, Britain experienced rapid population growth, and the number of toilets was not enough to accommodate everyone.

Because of this, the sewage gave way to the streets and rivers and entered the water supply, resulting in a disease outbreak.

What are the Effects of Poor Sanitation?

The effects of poor sanitation were rampant before the modern plumbing era. People would throw out human waste into the streets, rivers, lakes, and anywhere convenient. This led to the rapid spread of diseases like typhoid fever, polio, and the infamous cholera outbreak.

In the mid-1800s, English physician Dr. John Snow made a significant contribution to fighting cholera when he discovered the link between the disease and contaminated water. He traced the outbreak back to a dirty diaper that had contact with the water well.

The sad reality is that up until now, several parts of the world continue to experience public health issues due to poor sanitation and water infrastructure. In India, for example, access to safe drinking water remains a problem, and its lack of indoor plumbing is one of the reasons for its ongoing public health dilemma.

The arrival of modern plumbing was what the world needed to eradicate cholera outbreaks, promote food safety, deliver safe drinking water to communities, and mitigate diseases caused by poor sanitation. It helped improve water sanitation in rural areas and urban areas of many industrialized and developing nations.

Trust only an expert whether you’re looking to improve household sanitation or need someone to inspect your home sewage system to ensure it remains in its optimum performance. Book now at Kenec Plumbing and let our licensed plumbers take care of the job. We also do hot water repair and installation and drain blocked pipes and sewers. 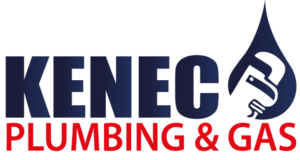 KENEC Plumbing and Gas are the leading plumbing, blocked drain, and hot water specialists in Rockingham, Baldivis, and Mandurah.